RIO DE JANEIRO (AP) — Copacabana Beach is an Olympic construction site. The beach volleyball venue is going up, broadcast studios rise on scaffolding above the sand and a mammoth tent is jammed with thousands of pricey souvenirs.

But there are few signs across town in crumbling, working-class areas that the Rio de Janeiro Olympics open in just a month.

Promises that hosting the Games would remake even Rio’s most ramshackle neighborhoods have been eclipsed by myriad problems: security threats and soaring violence, the Zika virus, slow ticket sales, and water pollution in venues for sailing, rowing and distance swimming.

Hanging over it all is the impeachment trial of President Dilma Rousseff, expected to start days after the Olympics end.

“Where I live, we don’t see changes like these,” said Julia Alves, an 18-year-old student speaking in the city’s renovated port area. She was among almost a dozen people asked by The Associated Press how the games would change the city — or individual lives — in interviews at the port, outside the Olympic Park and on the streets in a working-class neighborhood.

“They are things for foreigners,” Alves added.

Rio’s organizers have budgeted about $2 billion for operations. In addition, another $10 billion-$12 billion in public and private money is being spent on urban transportation projects driven by the Olympics.

Rio has installed new high-speed buses and a light-rail system to serve downtown. And there’s a still-unfinished $3 billion subway line extension to connect the upscale Copacabana and Ipanema beach areas with the western suburb of Barra da Tijuca — site of the Olympic Park. It’s unclear if the subway line will be running when the Summer Games open on Aug. 5.

The public-works splurge has generated civic pride, suspicion and some anger.

“The Olympics are bringing an incomparable legacy, in regard to the changes in the city’s infrastructure,” said Marco Araujo, a 48-year-old badminton coach speaking outside the Olympic Park. “We are still working on these projects. But I think that once they are completed, these projects will benefit the population.”

A bike lane, suspended high above the sea and built as an Olympic legacy project, collapsed in April and killed two.

The Olympics touch mostly the wealthy areas south and west of the city, where the real estate market was booming until a few years ago. Rio’s northern favelas, the city’s infamous slums, feel only a ripple, underscoring the vast gap between the rich and poor — the white, brown and black, in a divided city.

Maria da Penha is bitter. Her home in a favela abutting the Olympic Park, known as Vila Autodromo, was demolished to make way for new construction.

“For me the Olympics were awful,” said the 53-year-old, who led a yearlong eminent-domain battle against Rio Mayor Eduardo Paes. “They destroyed my life, my dream. I had my own house and I won’t have it anymore.”

Then she added: “But it (Olympics) is a very cool event. Brazilians are athletic. We like sports. I just didn’t imagine that the Olympics in my country would be so expensive. The truth is I think my country was not prepared to host the Olympics. That is the great truth.”

Raquel Oliveira, a 25-year-old publicist, spoke while waiting for a bus on a busy road in front of the Olympic Park. She complained bus routes have been changed, reportedly a security move to make it difficult for criminal gangs to access upscale areas.

“In reality, it didn’t change for the best because a lot of bus lines got cut,” she said. “I have to wait for hours and I live in front of the Olympic Park. I really hope things will improve with the express-bus system or something like that.”

In a poll published Sunday in the Rio newspaper O Globo, 49 percent of Rio residents said they were in favor of the Olympics, and 61 percent said they would be successful. Asked what could make the games a failure, 85 percent said “the lack of security.”

The poll size was 2,400, but the newspaper did not give the margin of error.

Wolfgang Maennig, an Olympic gold-medal rower who studies the economics of the games at Hamburg University, said the Olympics usually produce a “feel-good factor” when they get going. But he was unsure about Rio.

Gustavo Nascimento, Rio’s venue management director, promises everything will be ready. He said a massive cleanup of the venues is set for July 15, and athletes are to have access to the venues on July 24.

Few will see the real Rio, where the poor are being pummeled by Brazil’s worst recession since the 1930s, soaring crime and unemployment over 10 percent. Most can’t afford an Olympic ticket or a $100 souvenir soccer ball emblazoned with the Olympic logo.

Australia and several countries have instructed their athletes to stay away from favelas.

Mayor Eduardo Paes, who initially bragged about using the games to push pet projects, has backed away from those promises.

IOC member Carlos Nuzman, the president of the organizing committee, has stuck to his guns, saying repeatedly: “Rio will be the Olympic city with the greatest transformation.” He said residents “are the ones who will get the most from the games.”

Oliver Stuenkel, who teaches international relations at the Getulio Vargas Foundation — a Brazilian university — said politicians view the games as “an amazing place to gain visibility and bolster their careers.”

“If it’s not a catastrophe, the Olympics could provide Brazil with greater legitimacy,” Stuenkel told the AP. “You bring in a lot of people from around the world. You have heads of state coming in. It puts you on the map, and if you’re doing well, it could have a tremendously positive impact. But it will require a lot to compensate for the negative press that is inevitably going to be out before, during and after the Olympics.”

Brazilians are also wary of public-works projects, which typically produce only embezzlement and empty promises. 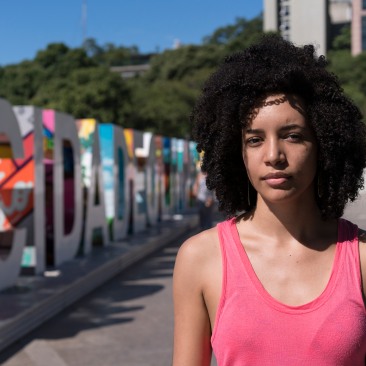 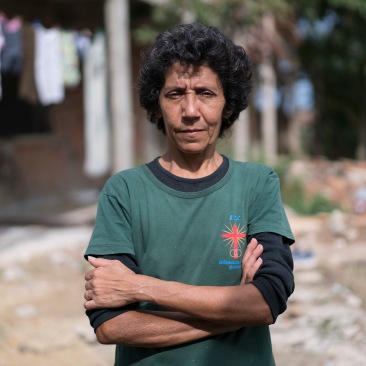 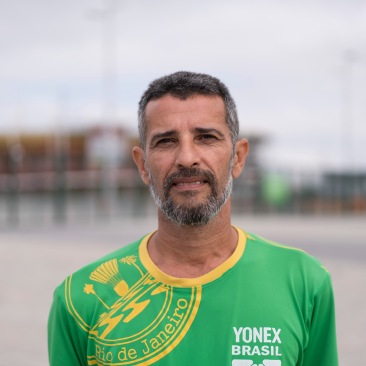 “People are not against the Olympics, but most people I know are indifferent to the event, or at least very, very skeptical that it will have any tangible effect beyond simply short-term visibility,” Stuenkel said.

Text by Stephen Wade and Renata Brito for The Associated Press

Video and Photos by Renata Brito for The Associated Press

*Music was added to video for http://www.renatabrito.com and was not used by The Associated Press

The accident on the Tim Maia bike path was the latest in a series of problems besetting preparations for the Aug. 5-21 games, which include worries about an outbreak of the Zika virus, political turmoil that threatens to topple President Dilma Rousseff, underwhelming ticket sales and budget cuts amid Brazil’s worst recession in decades.

Municipal Secretary Pedro Paulo Carvalho said a third person was thought to be missing after a giant wave apparently swept up a rocky cliff, lifted an approximately 150-foot (50-meter) stretch of the bike path and sent it plunging onto the rocks and sea below.

Helicopters fished the two who died out of the water and laid them out on the golden sands of Sao Conrado beach. Initially covered by colorful beach sarongs, they were later shrouded by a sheet of black plastic.

The bodies were left on the sand for hours, and waves periodically washed over them. A crowd of beachgoers gathered around the corpses, while others continued a game of beach soccer nearby. Thursday was a public holiday in Brazil, and with the weather sunny and warm, the city’s bike paths, beaches and other outdoor recreational spots were packed.

Joao Ricardo Tinoco identified one of the victims as his brother-in-law, Eduardo Marinho Albuquerque. He said the 54-year-old father of one was out jogging at the time of the accident. Tinoco’s sister, Eliane, kneeled over the body, kissing his face and begging to be given another moment to “say goodbye” to her husband.

Carvalho said it was too early to tell what caused the accident and said an investigation was underway.

“It’s clear that an accident like this is unpardonable,” Carvalho told the Globo television network.

The entire 4-kilometer (2.5-mile) bike path, which links the tony beachfront neighborhoods of Sao Conrado and Leblon, is now closed, he said.

Rio Mayor Eduardo Paes, who was in Greece for the lighting of the Olympic torch, was quoted in a statement as also calling the accident “unpardonable,” and saying he was flying back to Rio immediately to follow the investigations into its causes.

When the structure was inaugurated, Paes hailed it as “the most beautiful bike path in the world.”

A spokeswoman for the company declined to comment on the alleged family connection. She also declined to provide any details about the bike path and could not say whether the company was involved in any other Olympic projects. Concremat’s website was down on Thursday.

“The priorities at the moment are to ensure treatment of the victims and their families and evaluate the causes of the accident,” said the company’s two-sentence statement.

The bike path is perched high above the water on concrete and metal pillars set into a rocky cliff. Inaugurated on Jan. 17 with much fanfare, the 45 million-real ($12.5 million) project was initially heralded as one of the most successful Olympic legacy projects, earning kudos for its spectacular views. But soon detractors began to complain that the brand-new structure was already showing signs of deterioration and that the narrowness of the path made cyclists easy prey for muggers.

The bike path runs parallel to a road high above the sea that will be used for the road-cycling event in the Olympics. Construction is under way to extend the bike path westward to the Barra da Tijuca neighborhood that is one of the Olympic hubs and Carvalho said engineering of that stretch would face extra scrutiny. The Concremat spokeswoman said the company was not building the extension.

In an emailed statement, Rio’s Olympic organizers said “our thoughts and sympathies are with the people and their families and friends affected by the tragic accident.”

The collapse happened just hours after the flame for South America’s first Olympics was kindled at the Greek birthplace of the ancient games. The flame begins a 15-week journey that will culminate with the Aug. 5 opening ceremony in Rio.

Text and Video: by Felipe Dana and Renata Brito for the Associated Press

*Music was added to video for http://www.renatabrito.com and was not used by The Associated Press